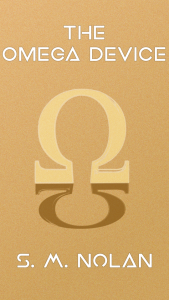 Book I of the Ha-Shan Chronicles

When Tattooist Maggie Doherty’s client is found murdered, Detective Russell Williams discovers an identical tattoo on another, recent murder-victim. Her obvious innocence leaves Russell perplexed, and with little more than a promise of future aid from her.

But their brief association has unwittingly made them targets for a group known only as Omega. Both must swiftly accept that life as they know it has changed, and prepare to uncover secrets buried by time, or else fall in a battle that might determine the very fate of Humanity.

Soft steps propelled her instincts. In a flash, she was digging in a cabinet, grabbing what she could. Bottles flew over the counter with reckless aim. The man grunted, cracked more shots off, then dodged from view.

She glanced at a single bottle of drain cleaner remaining. His heavy feet sounded. Her hands flew, grasped a large knife from a drawer. The feet hesitated. A hand unscrewed the cleaner’s cap.

Her heart pounded. Steps began again, reached the doorway. Maggie slid up the wall, flattened against it. She felt him shift for a view of the kitchen…

Coming soon to an Ebook seller near you!

I am a full-time writer from Northwest Indiana, near Chicago, specializing in Science Fiction. View all posts by S.M. Nolan

This site uses Akismet to reduce spam. Learn how your comment data is processed.

This work by S.M. Nolan is licensed under a Creative Commons Attribution-NonCommercial-NoDerivatives 4.0 International License. All posted works are creations of S.M. Nolan except where noted.© 2015-2018 S.M. Nolan; all rights reserved.
Loading Comments...
%d bloggers like this: